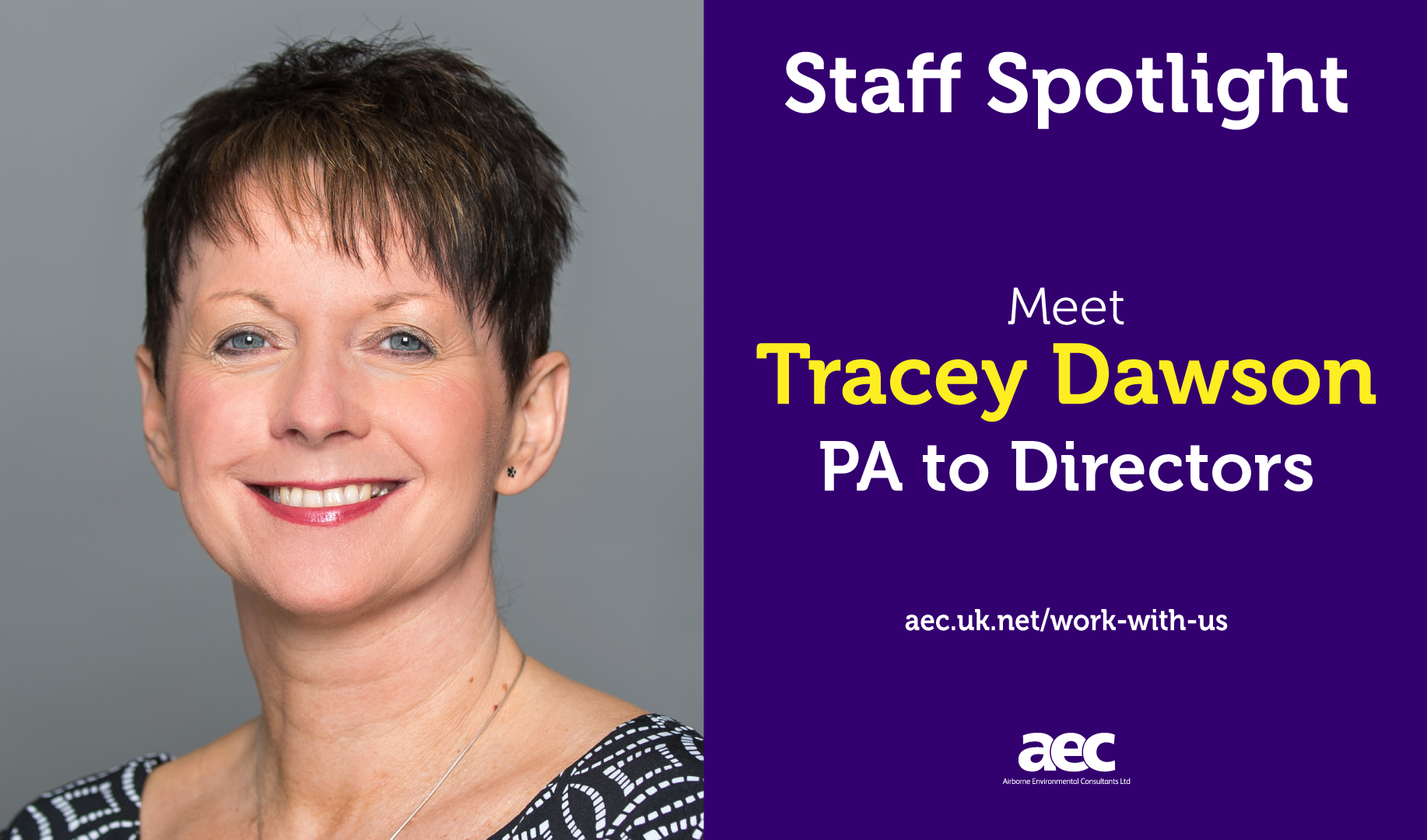 At AEC, our most important asset is our people and we pride ourselves on developing our staff skills so that our employees can strengthen their expertise through a dedicated internal training programme.

Tracey Dawson, AEC’s PA to Directors based at our head office in Manchester, has worked for the business since September 2011.

Prior to working for AEC, I worked as a manager for 13 years within a hotel and conference booking agency and before this worked for Carlsberg Tetley as Regional Telesales Coordinator for the same amount of time. During my time at both of these I gained a post-graduate diploma in Sales and Marketing Management and a Certificate in Personnel Practice.

I joined AEC in September 2011 as a Marketing Consultant. At the time that I applied for the role, AEC was already a well-established company and I was attracted to AEC due to their welcoming nature and I could see there was potential for progression, having spoken to Debbie Clare who herself came on-board as a sales person and had progressed up to her position now as Commercial Director.

I worked in the marketing role for 18 months and primarily focused on lead generation and the creation and distribution of campaigns. In June 2013, a job opportunity arose within the company for a HR officer which I applied for. This encompassed everything I loved about the HR role including managing the company fleet, recruitment, healthcare and essentially everything to do with the business – it was a very varied role which I thoroughly enjoyed.

Alongside my HR role I also assisted our director Mandy with various projects which ultimately encouraged me to apply for the PA to Directors role. The transition from the two job roles was seamless and although I now work predominantly for the directors, I carried over some of my HR duties including the management of the fleet.

“Working as PA to directors gives me a great sense of pride as I work so closely with them and I feel it’s a privilege to do so; there are lots of responsibilities within my role and there’s never a dull day.”

I’ve worked on some fantastic projects and more recently it’s been amazing to see the progression and growth of Fernwood House and what we’ve made of it.

“AEC still has a family feel about it even though we have over 140 employees, Mandy and Bob have worked so hard to get to where we are today.”

It’s so nice to work for a company that values its staff’s contribution. AEC is very well-run, we have fantastic people and this speaks volumes in the amount of years people have worked here for. I’m committed to AEC as a company and I’m committed to the “people” I work for.