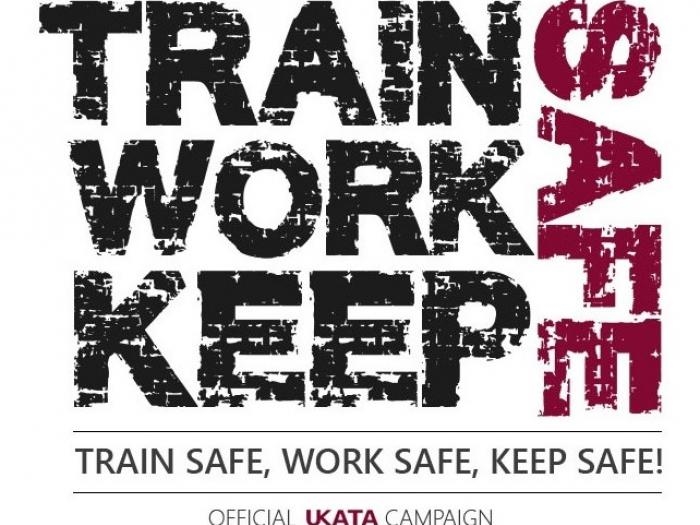 Following the success of the Train Safe, Work Safe, Keep Safe campaign developed by the UK Asbestos Training Association (UKATA) that saw hours of free asbestos safety training delivered to DIY enthusiasts and tradesmen in 2015, the campaign for 2016 is underway and AEC is taking part.

The campaign forms part of the ongoing commitment of UKATA and its members to emphasise the importance of sourcing a competent training provider and the Health and Safety Executive (HSE) advice that workers and supervisors must be trained to recognise Asbestos Containing Materials (ACMs) and know what to do should they encounter them.

On selected dates in September and October, UKATA members including AEC are providing free asbestos training to smaller traders and individuals as a way of highlighting the dangers of asbestos and with around 20 tradesmen still dying every week in the UK as a result of past exposure to asbestos fibres, the initiative has the potential to save many lives.

“I would like to thank AEC for its support and backing of our Train Safe, Work Safe, Keep Safe campaign,” said Craig Evans, General Manager of UKATA. “In the last few years our members have delivered nearly 400,000 asbestos training courses but there remains a real need for essential training for all who may encounter the substance. Thousands of tradespeople have received no asbestos training of any kind and AEC is playing a key role in helping UKATA to do what we can to make a practical difference to those who need training most.”

Damage caused to the lungs by asbestos inhalation can lay dormant for up to 60 years (http://www.hse.gov.uk/construction/healthrisks/cancer-and-construction/asbestos.htm) and resulting diseases like mesothelioma are responsible for the weekly death toll amongst small traders that includes eight joiners, six electricians and four plumbers.

With experts predicting the UK’s annual death rate from asbestos of around 5,000 (http://www.hse.gov.uk/asbestos/dangerous.htm) set to soar in the next five years, the role of UKATA and members like AEC has never been more necessary.

“As a company committed to asbestos training, we are proud to be involved in the UKATA Train Safe, Work Safe, Keep safe campaign,” said Kellie Naughton, Training Manager at AEC. “We train workers from many big organisations but smaller companies can be in the dark over asbestos, so this scheme is a great way to help tackle the issues surrounding the lack of asbestos awareness training in this country in a practical way.”

The legacy of more than half a century of exposure to asbestos at work is about to be seen in thousands of former ship-builders, boilermakers, builders, plumbers, teachers, nurses and their families. Mesothelioma alone is thought to be silently afflicting one in every 100 men born in the 1940s in the UK (http://news.bbc.co.uk/1/hi/health/7921611.stm) and Guy’s Hospital in London has predicted that 100,000 people in the developing world who are alive now will die from the condition. (http://news.bbc.co.uk/1/hi/health/3441175.stm)

“Small traders can be on the front line of asbestos exposure by inadvertently coming into contact with deadly fibres if they disturb asbestos during building work,” added Craig. “This makes the Train Safe, Work Safe, Keep Safe campaign so important and without the support of members like AEC it would not be possible. I would like to personally thank AEC for working with us and I hope together we can get achieve a great result.”

“UKATA kick-started this year’s campaign at the Safety and Health Expo in June and we will continue to promote the campaign and free training opportunities in the coming weeks and months,” said Marketing Officer Victoria Castelluccio. “Last year’s Train Safe, Work Safe, Keep Safe campaign was a huge success and with the help of AEC this year has got off to a great start. We hope to see eligible traders take advantage of the training AEC is offering.”

Our free UKATA asbestos awareness training is in London on 16th September and 14th October and Manchester on 23rd September and 21st October. To find out more, call 0161 872 7111 or email training@aec.uk.net